The Heart of Education

TEKKIE DAY 2014 Tekkie Day is a new phenomenon on the South African educational and corporate scene. The idea behind tekkie day is that people wear tekkies with multi-colourered laces on that day....  More

Tekkie Day is a new phenomenon on the South African educational and corporate scene. The idea behind tekkie day is that people wear tekkies with multi-colourered laces on that day. The laces are purchased and the money that is collected in this way is then donated to some worthy cause.

On Friday 30 May the learners of Sedaven Primary school all purchased a set of laces for their tekkies. The school also declared a "civies" day and all learners thus came to school wearing brightly coloured clothes and tekkies. The school also announced a "Mr and Miss Tekkies" competition. There were four criteria that were considered in choosing the winners, namely: Creativity in selecting clothes, colourful choice of clothes, smartness of dress and finally each candidate had to make a short impromptu speach explaining the purpose of being involved in a welfare project.

Staff and learners enjoyed "Tekkie Day - 2014" and an amount of more than R3000.00 was collected and donated to th local branch of the "Meals on Wheels" welfare service.

The local newspaper: "The Heidelberg Heraut" covered both the launch and the conclusion of this lovely innovative project.

We believe that organizing for our learners to be involved in "Tekkie Day - 2014", has created an awareness of the great needs of many people in our country and given our learners an opportunity the to serve others, thus fullfilling our mission as expressed in the school motto: "Non sibi sed Deo - Not for slf, but for God"

1 Jun, 2014
ASTRONOMY CHALLENGE-2014
We congratulate the Sedaven Primary Astronomy team on winning the local "Schools' Astronomy Challenge" in Heidelberg in May this year. Seven (7 ) of the local Heidelberg primary schools took part in this competition and Sedaven Primary came in first place. Mrs. L. Jacobs the Grade 5 teacher provided the necessary support and encouragement as the team prepared for the challenge. This is the second year that Sedaven Primary has entered a team for this particular competition. Last year, 2013 our team came in second place.

We are proud of our learners for their interest and hard work in studying the astronomy matetrials that are provided by the organisers of this country wide competition. Our team will now go through to the second round of the South African Schools' Astronomy Challenge that will take place in Vereeniging.

4 May, 2014
from the beginning of 2014 we have had a surprising number of changes and developments around our Sedaven Primary teachers.

Towards the end of 2013 we heard the sad news that one of our long serving and much beloved teachers, Mrs. Lalie Jacobs had been diagnosed with cancer of the glands. This led to her having to go on extended sick leave and we had to find a replacemenct for her in the person of Ms. K. van Zyl who is now doing a sterling job with the Afrikaans lessons.

A day or so before the school started for the first quarter Ms. Linda Griffiths accepted a post at another school and that put us into another dilemma. Fortunately we were able to procure the services of Mr. Antony Pantalone who proved to be an excellent teacher and who made a significant contribution to our sports activities - coaching and running long distances with the learners. He also inspired many of our learners to love rather than hate Mathematics.

In the mean time Mrs. Lalie Jacobs miraculously recovered from the the onslaught of the cancer and we are very happy to welcome her back into full time teaching. She will be taking over the grade 5 register class and most of the subjects that Dr. Pantalone was responsible for. We appreciate the fact that Dr. Pantalone helped us out for the first quarter and we wish him God's richest blessings in his new venture in a far away land.

The other good news is that a beautiful young baby boy - Paul Junior - was born to mrs. Grace Muroyiwa . She has now completed her 4 months maternity leave and will be back in the class room this 2nd quarter. And now Mrs. Rita Fourie is on Maternity leave having given birth to a beautiful girl on the last day of the first quarter.The interesting thing is that both the Doctor and the parents were caught by complete surprise when a girl was born rather than a boy as was firmly expected!  We congratulate both these teachers with their beautiful new babies and we pray and believe that God will carry and support them in the challenge of bringing up these children to love and to serve Him.

Sadly we are also saying good bye to Ms. Juanita van Zyl, out assistant teacher in grade 2. She has also accepted a teaching position elsewhere. We are in the process of negotiating with another teacher and we will make the proper announcement as soon as arrangements have been finalised.

The important point, however, is that we have always had a full complement of staff members in the classes despite many unforeseen changes. This is also true for the 2nd quarter starting tomorrow, 5 May 2014
Posted by: PAUL Coetser | Tags:

A group of our grade 7 learners have recently accepted the challenge to participate in an inter-school astronomy-knowledge competition. Mrs. Rita Fourie their Science teacher agreed to support and coach them as necessary. These learners enthuisiastically piled in and used every free moment they could find to study and do research around astronomy topics. On 24 May they met together with five other schools at Emmasdal High School. The end result was that they attained the second place. This qualified them to go through to the next round. Soon they will travel to Johannesburg where they will participate against many other schools. We are proud of our "Astronomy Team" and wish them every success. Perhaps one or more of them will in future become astronomers and join South Africa's growing group of scientists in this field.

OUR SYMPATHY AND CONDOLENCES

On Monday morning 6 May Wandisile Ndaba (one of our grade 7 learners) was brought to school by his Dad. Mr. Ndaba drove into Heidelberg and when he stopped his car stalled and he started pushing it. While pushing the car, he had an heart attack and passed away on the spot. Our hearts go out to Wanisile, his mother and the rest of the family. We extend all our sympathies to them and trust that they will find comfort and strength from our heavenly Father in this dark period of their lives. 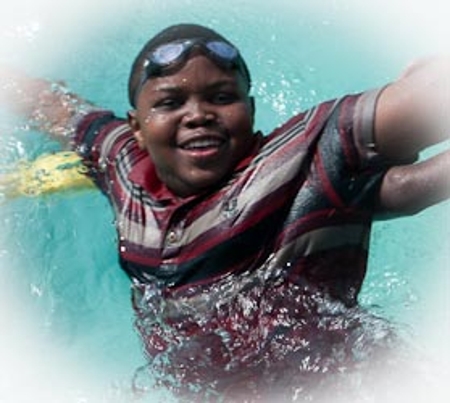 We wish that all our learners were little "angels" who never need to be disciplined or correcte! Unfortunately this is an ideal that we will only reach in heaven. In years gone by teachers often used (even abused) some kind o corporal punishment to make unruly behaviour unacceptable for learners. These day teachers have to find other ways to do this. One of the ways that we have been following at Sedaven Primary School is to keep undiscipline learners in class when the others went to their sports period. At first this seemed to work well, but these days some learners seem to even prefer doing sports detention rather than doing sports!

We have now decided to institute a Friday Afternoon detention class in an effort to dissuade learners from disruptive and/or unacceptable behaviour. Day scholars will thus forfeit their transport. The system will work as follows:

We trust that our parents will support this initiative and help us manage the unruly ones!

The "Wheel of Life" keeps on turning and Mrs. Van Schalkwyk, our beloved principal has decided to say goodbye to Sedaven Primary School. She leaves with sadness in her heart because this little school has dominated her life for many years. She has however decided that the time has come for her to dedicate more time and attention to her husband and family who live and work in Secuda. Because of distance they could see one another very seldom while she was serving as school principal.

Under Mrs. Van Schalkwyk's leadership the school has grown strong and healthy in many respects. The enrollment nearly doubled, innovative technology was incorporated into the school programme, the ANA results improved from year to year and, above all, many learners grew from mere todlers into lanky teenagers who have learned to know Jesus Christ as personal Friend and Saviour.

We will miss Mrs. Van Schalkwyk and we wish her joy and fulfilment as she takes up her new role as full-time wife and mother.

In the picture below Mrs. van Schalkyk hands over the 'candle of leadership" to Dr. P.W. Coetser who will serve as acting principal until such time as the administrative wheels have turned and a school principal could be appointed by the school board.

We would like to congratulate the following learners for being awarded a merrit certificate for "Perserverance".

In some or other way each of these young learners have demonstrated that they do not give up easily. Even though they may not have succeeded the first time, they have not given up but have come back to the challenge time and again. This is a wonderful character trait and as they continue to develop this character trait they will certainly reap the benefit in time to come!

OUR NEXT MERRIT AWARD, IN THE BEGINNING OF THE SECOND QUARTER, WILL BE FOR "ACADEMIC PERFORMANCE" AND WILL BE BASED ON THE MARKS OF THE FIRST QUARTER AS RECORDED AND REPORTED BY THE TEACHERS.

At Sedaven Primary School we do not wait until the end of the year before we give public recognition for outstanding performance. Every two weeks our class teachers scrutinize the perofrmance of their learners to find learners who meet hight standards in a specific area of their school work. This week we are proud to announce the names of the following learners whose notebooks are exceptionally tidy and well presented. This also includes the fact that their work in their books are always completed on time. Sometimes a learner may present his/her work very beautifully, but neglects to complete classwork or homework. These learners meet both criteria:

We congratulate these learners on this fine achievement and believe that they will continue to take pride in their work.

In two weeks time on 25 February merrit certificates will be awarded for uniform and general appearance.

We have mentioned before that merrit awards also count 10 points each towards either the White or the Blue team. After today's awards the points have increased and the White team now has 100 points whereas the Blue team has only 40 Points. I wonder what the points will look like tomorrow after the athletics meet?

Upon arrival back from the Leadersip Camp I randomly called a few learners aside and asked them to mention the three most outstanding things that they have learned at the camp. The following are the answers I received:

These were the very first things these young people could think of when they got off the bus after arriving at school. It is not necessary to comment much on their thoughts. They speak for themselves. But I am sure we agree that these kinds of results in the lives of young children make it worth every cent that we invest in them.

JOIN US AS A STAFF AS WE DAILY PRAY FOR OUR LEARNERS - YOUR CHILDREN!